The formation and significance of Dermoid Sinus

The Rhodesian Ridgeback is a modern breed of dog that originated in the late nineteenth century, by the crossing of indigenous Hottentot dogs with various European breeds introduced into the Cape by the early settlers.

The breed standard was established with the formation of the Rhodesian Ridgeback Club of Bulawayo in 1922. The main characteristic of the breed is, as its name implies – a ridged back, which is formed in the hair/coat along the top midline of the dog’s back. The ridge is formed by hair, which grows in the opposite direction to the hair of the surrounding coat.

Breeders of Ridgebacks are aware of a well-known defect which occurs in the breed, the Ridgeback “Cyst” or as it is more correctly named in the scientific terminology, the Dermoid Sinus. (Dermoid – arising from the skin, Sinus – a cavity or channel).

Dermoid Sinuses are narrow tube-like structures, which are derived from a skin defect. They penetrate from the skin surface to varying depths downward into the muscles and towards the spinal cord. They are situated in the midline of the neck and croup, which is in front and behind the area occupied by the ridge (Fig 1). 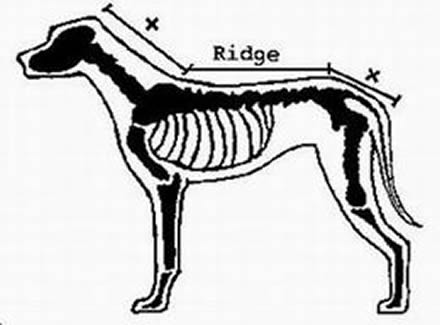 Fig 1: Areas marked X indicate the sites at which dermoid sinuses may develop.

This is the only known congenital defect that occurs regularly in the breed. (Congenital means that the defect is formed before birth). When considered as a defect in the dog family as a whole, Dermoid Sinuses occur only very rarely in dogs, other than Ridgebacks or Crossbred Ridgebacks. It must therefore be obvious that it is an inherited defect which has become widespread in the “blood lines” of the breed as a result of the early selective breeding of the original stock from which the Ridgebacks of today have been produced.

At this point I would like to state that with the present situation of breeding with selected outstanding dogs and bitches, no breeder without a program of progeny testing can be sure that his “blood line” is free from the hereditary Dermoid Sinus. (The hereditary aspects of the condition will be dealt with in part two of this article). Thus, every purchased Ridgeback may be considered a potential carrier of the condition.

The formation of Dermoid Sinus

To understand the way, in which a Dermoid Sinus is formed, it is necessary to have some idea of how the embryo develops from a single fertilized egg cell in the womb of the bitch. Dermoid Sinus is a congenital defect that arises from a defect in the development of the embryo of a puppy.

A fertilized egg resulting from a successful mating is a single simple cell. From this cell a puppy consisting of millions of specialized cells, which constitute the tissues and organs, must be formed in 63 days.

A: Single cell of fertilized egg.

This process in accomplished by a rapid increase in the number of cells by cell division. The fertilized egg (a single cell) divides into two cells and subsequent divisions each double the previous number of cells, so that the numbers very rapidly increase. In the ten successive divisions, 1042 cells are produced, and it can be seen that, by this means, the total number of cells is soon very large.

The next stage is the organization of the mass of cells produced to form a puppy. The organization process, which takes place for about the first three weeks of pregnancy, is called the embryonic development. When the embryo is fully developed, a complete miniature puppy is formed which now becomes known as a foetus. The next six weeks of pregnancy only results in the increase in size of the foetus to its normal birth size.

This is accomplished by the formation of a long groove over half the surface of the spherical mass of cells. The groove deepens and then its outer edges close together giving rise to a tube-like structure. This tube-like structure which is later to become the brain and spinal cord, sinks deeper below the surface layer and becomes detached from it. This process is shown in Figure 3.

A: Formation of groove on surface of sphere of cells as seen from above groove.

B: Section through X-Y to show outer layer of cells folding inwards.

C: Deepening of the fold

A: Closing over of edges of the groove.

Dermoid Sinuses occur when small areas of attachment between the outer layer of cells (the skin) and the tubular structure (later to become the brain and the spinal cord) remain.

In the puppy this defective separation of the embryological tissues is present as a thin tubular attachment extending from the skin of the midline of the top surface of the dog to the deeper tissues below, and as deep as the spinal cord in some cases.

The depth to which this tubular skin defect penetrates is the criterion used for the classification of four types of Dermoid Sinuses, shown in Figure 4 below.

Cross section through a dog’s neck Types of Dermoid Sinuses

TYPE I Penetrates below skin surface, its fatty tissue overlying the neck muscles.

TYPE II Penetrates into the muscles of the neck.

TYPE III Penetrates to supraspinous ligament, running over the top of the vertebrae.

TYPE IV Penetrates to the spinal cord between the vertebrae.

The significance of Dermoid Sinud

The detrimental effects of Dermoid Sinus are not just concerned with the fact that a visible anatomical defect is apparent in affected animals, but rather the complications which can arise as a result of a Dermoid Sinus becoming infected with bacteria.

The narrow tube of skin which descends below the skin surface is lined with all the normal skin structures and of special significance are : hair; sweat; and oil glands.

The thin central cavity, which runs down the Dermoid Sinus, becomes filled in time with hair, skin oil and skin scales. The contents usually become an ideal medium where bacteria, which are normally present on the skin, may grow. They gain access to the material through the small pore-like opening at the point of attachment of the Dermoid Sinus on the skin surface.

The accumulated skin secretion undergoes a process of putrefaction and the skin barrier of the Sinus walls breaks down and bacteria invade the tissues deep below the skin surface. This usually results in the formation of an abscess, which eventually ruptures to the outside and drains as a chronically discharging purulent wound.

Extensive surgical and medical treatment may be necessary to clear up such a complication and in some cases septic dermoid sinus may be unresponsive to treatment.

If a Dermoid Sinus is recognized in a dog before it becomes septic, it can be removed surgically, with a good chance that no further complications will occur. In most cases, however, owners of animals are not aware of the presence of a Dermoid Sinus and shortly thereafter sepsis almost always sets in. Subsequently, the owners are obliged to obtain veterinary treatment to resolve the distressing complications. This may be costly to the dog owner and embarrassing to the breeder when it is pointed out that he has sold a dog with a latent defect.

In the puppy, Dermoid Sinus can be detected by raising the skin in a longitudinal fold along the top midline in the area in which Dermoid Sinuses are known to occur (i.e. in front of and behind the ridge). If the skin fold is raised with one hand and the skin allowed to slip back and forward between the thumb and forefinger of the other hand the presence of the Sinus can be felt as a thin cord-like structure between the two layers of skin (Fig 5)

The diagnosis can be confirmed by shaving the hair from the skin over the point at which the Dermoid Sinus is attached. A small pore like opening in the skin from which a small tuft of hair protrudes is usually seen. This is the opening of the Dermoid Sinus on the skin surface. The older the puppy, the thicker the Sinus will be and the more easily it may be recognized.

It must be realized, however, that the recognition of a Dermoid Sinus in puppies may not always be as easy a procedure as the above description may suggest. If it is missed, a Dermoid Sinus may lie dormant for years before it comes to the notice of an owner by becoming septic. If in doubt the professional assistance of a Veterinarian should be obtained.

with many thanks to Anke Terbruggen of the Netherlands for making the information and pictures freely available to all.